Realme has finally unveiled the much awaited ‘flagship smartphone’ Realme X. Sadly, unlike the leaks, Realme X is powered by Snapdragon 710 instead of the expected flagship processor Snapdragon 855. The funny thing being, Realme 3 pro, which was launched last month as a budget smartphone priced at Rs13,999 also features the same processor, i.e. Snapdragon 710.

Realme has decided to stay with the polycarbonate plastic back which mimics glass, and the design is somewhat similar to Oppo F11 pro, a smartphone from Realme’s parent company. The camera placement is similar to the new Oneplus 7 pro. Realme logo is now in the bottom center position, unlike Realme 3 Pro’s bottom left logo placement style. The fingerprint sensor is missing in the rear end, as now it comes with an in-display fingerprint scanner.

A great advantage for Realme X comes in the form of the USB Type C port, while the Realme 3 Pro is still rocking the old micro-USB port. Both smartphones come with the headphone jack.

When it comes to the display, there are a lot of changes when compared with the Realme 3 pro. For the first time ever, Realme has used an AMOLED panel in their smartphone. The Realme X comes with a 6.53-inch FHD+ AMOLED display with the resolution of 2340×1080 px.

The verdict in the display section is clear: Realme X takes a clear lead due to its superior display panel and smaller bezels when compared with the Realme 3 pro.

In the front, it uses a motorized pop-up selfie camera like the one which is present in the Oneplus 7 Pro. The selfie shooter is a Sony IMX 471 sensor with 16MP and f/2.0. Realme has given assurance that the pop-up mechanism has been tested for 200,000+ times. To avoid scratches in the lens due to dust particles, Realme has introduced sapphire glass in the camera module. The module takes a mere 0.74s to launch, even though it is higher than the time taken by Oneplus 7 Pro’s camera to launch(0.53s), it is decent enough.

On the other hand, Realme 3 pro features a 16MP f/1.7 Sony IMX519 sensor along with a 5MP secondary depth sensor, and for selfies, it has a 25MP sensor. Camera features like Chroma Boost, Nightscape are available in both smartphones.

For example, the Image Signalling Processor(ISP) has a major effect on how the image turns out, and ISP’s vary with processors. Snapdragon 855 processor comes with ISP Spectra 380, and the Snapdragon 710 comes with ISP spectra 250. So the same sensor on 2 different smartphones with different processors can make a difference in quality. The lenses used by smartphone manufacturers can also affect the quality of the image.

Want to know more about ISP and how they work, check out this article from AnandTech

An added advantage of both these smartphones is that both of them comes with Camera2Api enabled out of the box, so we can use a Google Camera port for these smartphones, and get a Pixel camera experience.

Everyone expected Snapdragon 855 for the Realme X, but Realme disappointed us. But wait till you see the price of this smartphone, and trust me you will be more than happy for this processor.

Realme X comes with a 3765 mAh Li-Po battery which is lower than Realme 3 Pro’s 4045 mAh battery. But this won’t be much noticeable as the Realme X comes with the highly power efficient AMOLED display panel. Both smartphones support VOOC 3.0 fast charging technology, which can fill up to 50% battery in 30 minutes in Realme X, and 50% battery in about 40 minutes for the Realme 3 Pro.

Realme X vs Realme 3 Pro: Which should you buy?

That is a really silly question, for a price difference of just Rs.2000 for the base variants of the 2 smartphones, we are getting several advantages in Realme X when compared to Realme 3 Pro. Here is a list of advantages that Realme X has over Realme 3 Pro.

Realme began their journey just 1 year ago, and now they have launched their 10th smartphone, the Realme X. Realme’s success story just proves the theory that when you give your customer what they actually want they will buy it. Realme understood what their consumers needed and made phones for their consumers need.

Of course, Realme X is not anywhere near a flagship smartphone, but their view of providing more to their consumers for a lower price tag will ensure that this phone becomes a success. They brought some features that are only available in phones in the Rs.20k+ price segment like the In-display fingerprint scanner, Pop-up selfie camera, notch-less design.

Hence if you are in a situation to buy a smartphone in this price segment, you can buy the Realme X with no doubts. 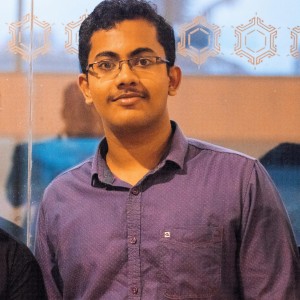